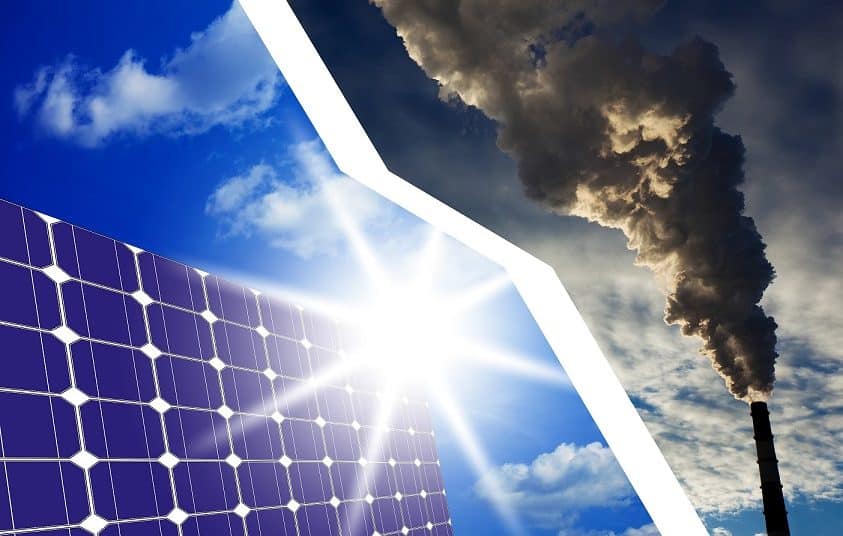 The Investment Tax Credit (ITC) is a federal solar tax program that allows homeowners to deduct a percentage of the cost of installing a solar energy system from their taxes with no cap until the end of 2024. The ITC was established with the goal of increasing renewable energy adoption by the public to both reduce Greenhouse gas pollution that impacts climate change and to encourage growth for nascent renewable energy industries. After 2021 ITC incentives were set to drop to nothing. Fortunately congress stopped that from happening, so the ITC has been extended as the chart on this page illustrates.

Fossil fuel industry leaders would like to see incentives for renewable energy disappear completely for an obvious reason.  When homeowners start using solar or wind for their energy needs, it cuts into their profits. The fossil fuel industries have been trying for years to persuade the public that taxpayers pay too much to support renewable energy.  They also spend obscene amounts of money to lobby their case for ending the ITC to the legislative branch. As part of this campaign they push the idea that it is the fossil fuel industry that doesn’t receive their fair share of federal subsidies.

However, the truth is that the US spends $20 billion annually to subsidize fossil fuel production which is roughly four times the amount of government subsidies the renewable energy industry receives

The ITC was originally established by the Energy Policy Act of 2005 and was set to expire at the end of 2007. Thanks to its success in supporting the country’s transition to renewable energy, Congress extended the expiration date multiple times and now it is available in some form through 2024.

As long as the solar energy system is purchased, both residential and commercial system owners are eligible for the solar investment tax credit. The ITC helps make PPAs (Power Purchase Agreements) possible as well.  PPAs  allow homeowners and businesses to pay nothing for solar panels to lock in a lower energy rate than their utility company.  In this scenario, the lease or PPA company owns the equipment and claims the tax credit for themselves.  If the ITC goes away, that will cause the rates offered by the PPA/Lease companies to increase.

In previous years, owners of a new solar energy systems could not claim the tax credit unless the system was operational. Now, recent legislation allows homeowners to claim it as soon as the construction of the system begins, as long as it is operational by December 31, 2023.

Since the ITC was enacted, solar has grown by an average of 52% and created more than 2000,000 jobs in the US so it has promoted a healthy economy while supporting the fight against climate change. However, renewable energy is still a relatively new concept to many homeowners, so this lack of government backed incentive could present a challenge in continuing the rate of solar adoption across the country.

Here is what you can do:

Fortunately, SEIA is leading a national campaign along with other organizations to help grow green jobs and to extend the solar Investment Tax Credit, one of the most successful clean energy policies in history. This  national coalition expects to make a significant investment in lobbying, advertising, media outreach, social media and more. The coalition will call on lawmakers to defend the 242,000 workers and 10,000 businesses in the solar industry. To join the effort, visit SEIA today.

If you would like to know if solar is right for you, simply fill out the form below to learn if you qualify. We can’t wait to hear from you!