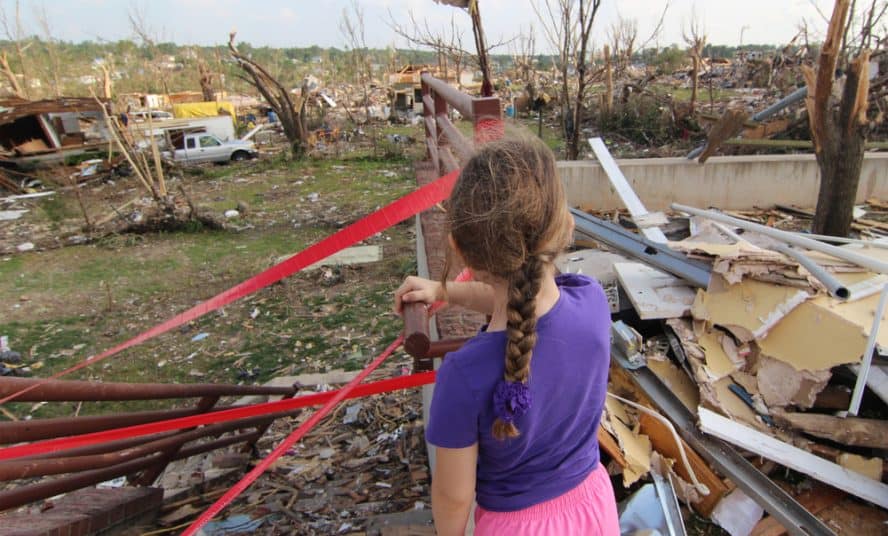 It’s no secret that every year the number of “Super Storms” are increasing. No one can deny this is happening. We can all see it.

Maria, Irma, Harvey, Sandy, Katrina, Andrew, Florence, Michael and now Dorian have ripped communities apart causing death, destruction and economic hardship in their wake. Unfortunately we are highly likely to experience more hurricanes like Dorian, or worse before this year ends. Hurricanes will always be with us, but evidence is piling up that there has been an increase in the intensity of hurricanes occurring in the North Atlantic since the 70s. Scientists predict that although there may not be a rise in the number of hurricanes that occur each year, it is highly likely that hurricanes will continue to get stronger, with higher wind speeds and heavier rainfall.

This is because the world is heating up. Earth’s temperature increase is now accelerating at an alarming rate. As our planet gets hotter, both sea level and ocean temperatures rise as well as the air temperature. This rise in air and water temperature and other effects from global warming all contribute to fueling these super storms.

There is extensive scientific evidence, that human activities, especially greenhouse gas emissions mostly from fossil fuel usage, are the main cause of the observed warming since the mid-20th century.  In October 2018, The Intergovernmental Panel on Climate Change, the UN’s climate-change body released a report warning us that we only have 12 years to save ourselves from utter devastation from climate change.

The report maintains that if we can contain warming at 1.5 degrees, the damage will less severe and survivable. However, to reach that goal, man-made global net carbon-dioxide emissions would need to fall by about 45% by 2030 from 2010 levels and reach “net zero” by mid-century. Any additional emissions would require removing carbon dioxide from the air.  According to the report, the only way to reach that objective would be for renewable energy to supply 70% to 85% of electricity by 2050 to stay within a 1.5-degree limit, compared with about 25% now.

SUPER STORMS ARE SCARY, BUT HOPE IS ALIVE

Fortunately, more Americans are waking up and realizing they don’t have to wait for our government to take action to do their part to fight climate change for the good of their children and grandchildren.  They can help the world reach the goal to have most of our electricity supplied by renewables within the next 30 years by going solar now. Over two million Americans have made the switch to solar power. That number is growing larger every day.  SEIA estimates a new solar system is now installed in the USA every 90 seconds!

One of the reasons why solar adoption is speeding up is because going solar is no longer an expensive option only affordable for the wealthy. PPAs (Power Purchase Agreements) allow homeowners to pay nothing for solar panels and equipment and just pay for their electricity at a reduced rate. In other words, homeowners literally pay zero to start saving money on their energy costs. If homeowners prefer to own their own system, and don’t want to pay cash, there is financing available.

Homeowners who purchase their solar panels soon find out that their loan payment, combined with their utility bill, will still be less than what they paid for their utility bill alone prior to going solar – making them cash flow positive.

If you are concerned about the future of our planet, and wouldn’t mind saving on your energy costs, there has never been a better time to investigate going solar. But don’t wait too long. Not only are young people looking to us to protect the Earth for their future, the Federal tax credit for going solar ends very soon.

If you have been thinking about going solar, there has never been a better time to schedule a an appointment with us.

Simply fill out the form below to learn if you qualify. We can’t wait to hear from you!

PrevPreviousWhy The Fossil Fuel Industry Wants Solar Tax Credits to End and What You Can Do About It
NextIs Going Solar Safe?Next