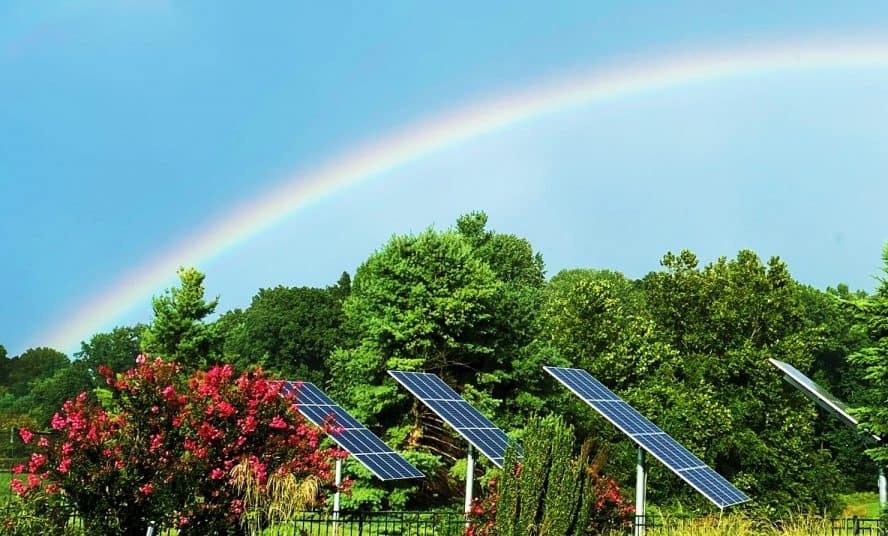 The results are in. Americans have spoken. Starting in 2021, we will begin to see the effect of that decision on our economy. The question is, will the new President’s proposed changes to our energy infrastructure be as effective for moving America and the world to a carbon-free energy future as the Green New Deal would have been. Can it really work quickly enough to mitigate climate change and turn around our economy?

The Biden Plan and the Green New Deal share the same goal to reduce the negative effects of carbon-based pollution while growing our economy.  On Biden’s campaign website it states, “Biden believes the Green New Deal is a crucial framework for meeting the climate challenges we face”.  However, the timeline and the strategies and tactics the new President outlines for achieving that goal differ in many ways.

How the Plans Differ*

For example, The Green New Deal appears to recommend the elimination of the cattle industry to reduce methane pollution. Conservative pundits had a lot of fun with that, claiming liberals want Americans to stop eating hamburgers to get rid of “cow farts”.  Although one can understand the concept of lowering pollution through a vegetarian diet, most Americans, no matter their preferred political affiliation are not ready to go that far and certainly do not want the government deciding what they can and cannot eat.

The Green New Deal also calls for “the implementation of clean energy sources and to immediately stop burning fossil fuels.” within 10 years. The problem with this goal is it would be impossible to reach unless our government made drastic mandates that would take effect immediately.

Our country can and should execute new legislation that will help get us to a low carbon future, but we do not live in a dictatorship. We also have a politically divided congress and population, so some compromises must be made, or nothing will get done.  Although our legislators can create incentives to promote renewable energy adoption and should place environmental regulations on industries to curb pollution, Americans would revolt if it became illegal to use anything but renewable energy.

Scientists worldwide agree we should strive for a carbon-free future and work to get there as soon as possible, but making a statement calling for an almost immediate end to burning fossil fuels sounds way too dictatorial to achieve any kind of broad consensus. Not to mention, as a practical matter, our economy would collapse if this is done too quickly.

In addition, The Green New Deal makes political statements that are highly unlikely to build consensus. It says, “We also need to ditch the patriarchal models of wealth and status reproduction that have been constitutive of nearly all expansionist, war-making, and resource-depleting societies of the past ten thousand years.”  Almost no one wants to cause wars or deplete and ruin other societies.  Many will not accept the premise of this statement because it implies that the USA has been a force for evil.

While well intentioned, the language used here can make people who do not support everything in the Green New Deal feel like they are being accused of being sexist, racist, pro-war, and anti-worker. Most Americans favor equality and want everyone, regardless of gender, race, or religion to be able to progress economically. This overtly political statement alone can cause some people to become defensive, which creates an emotional wall making it impossible for them to shift their thinking and embrace a faster transition to carbon-free pollution.

How Both Plans are Alike*

The Green New Deal and the Biden plan do have a lot in common, but Biden’s narrower focus makes it easier to implement. It does not include language on Healthcare which he addresses in other plans, mention cattle flatulence, or make political statements that vilify conservatives.

According to his campaign website, Biden’s plan calls for a “carbon pollution-free U.S. power sector by 2035, with net-zero emissions throughout the economy by 2050” This is a more practical, achievable timeline. He also provides a workable outline for how these goals would be reached.

Biden’s plan pledges to create millions of new jobs by promoting a shift in the auto industry toward low-emission vehicles, building a strong green infrastructure by retrofitting millions of buildings to be more energy efficient, building millions of sustainable housing projects, making historic investments in solar, wind and energy storage and by cleaning up pollution from gas, oil and coal sites. All these changes would grow our economy.

The Biden plan also includes restrictions on new fracking on public lands as well as a directive to clean up gas wells while increasing safety measures to reduce accidents and leakage.  However, the plan does not call for ending fracking completely at present. The rationale for this is that thousands of people are currently employed by the gas industry. Plus, although gas is a fossil fuel, it emits less carbon pollution than coal or oil so it is somewhat cleaner. Instead, the plan appears to suggest that natural gas would act as a transition fuel that will be phased out over time so that the net job loss would be replaced by a net job gain in the renewable energy sectors.

If all goes as planned, in 2021 the renewable energy sector will begin to see a huge business boom in our country which will benefit our economy overall.  So, even if the Green New Deal may not be a practical plan, Biden’s “Lighter Green” version of the Green New Deal plan will still make a very real difference in the lives of ordinary citizens while helping to mitigate climate change.  The Biden plan has strong potential to bridge the gap between old and new energy in a way that will be acceptable to more people and will be more likely to be implemented.

*For more information on the Biden clean energy plan, click here. To read the Green New Deal resolution in its entirety, click here.

If you are interested in supporting green job growth, helping to protect the environment, and saving on your household energy costs by going solar, please fill out the form below to receive a no-cost, no obligation, customized solar estimate.