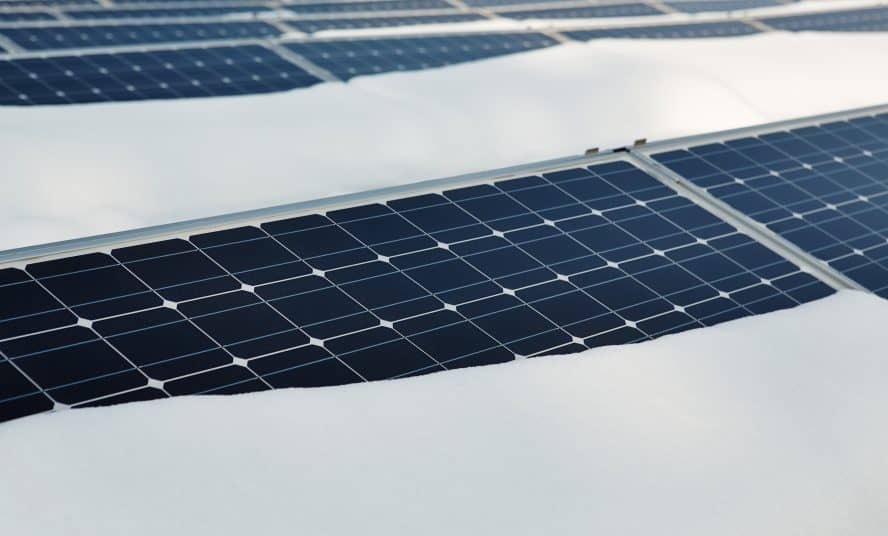 Homeowners in the northeast who installed solar panels before cold and snowstorms hit this year, are reaping the benefits of their decision right now. These lucky folks can crank up their heat if they want to and still pay at least 20% less for electricity than utility status quo. Those who own their solar systems can end up with zero electricity costs this winter even though electricity costs usually go up due to increased heating and lighting needs.

Snow atop your solar panels can affect energy production temporarily if it comes down thick and heavy. However, if there is any interruption from snow, it should not last long. A little known benefit to running your home on sunshine during the winter is that snow can actually make a home solar system work even better which counteracts any temporary loss of production. 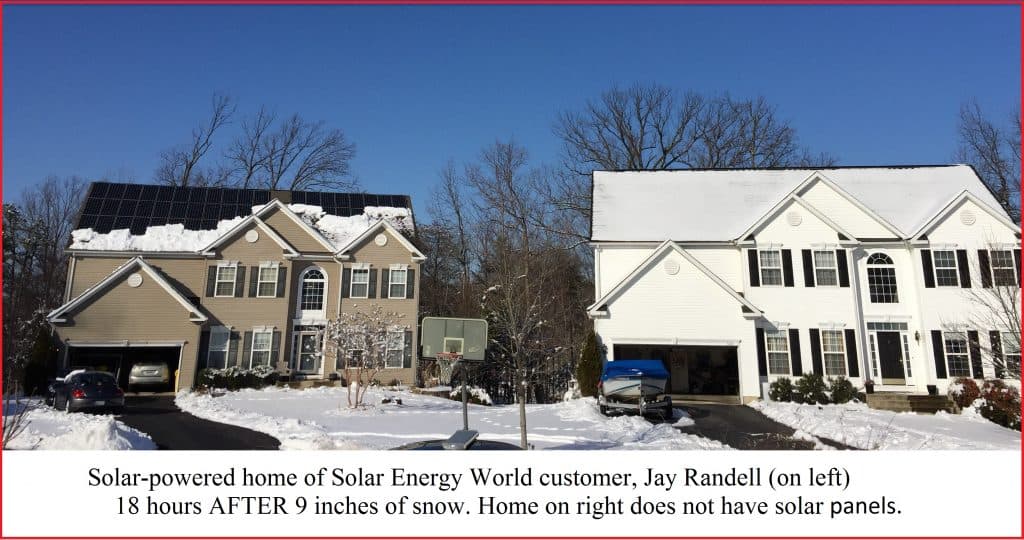 After a snowstorm, the heat emitted from the panels causes the snow on the roof to melt away faster than a house without solar. Some snow left on the panel surface and in the general vicinity of the panels can also give a temporary boost to electricity production. This is because the sunlight reflects onto solar panels, basically acting as a mirror and giving the system an even higher energy output – which means your electricity costs will be even lower. If you own your system, you can generate more profits because you will be producing more electricity and will have more energy to sell back to the grid.

In fact, with or without snow, power production from photovoltaic solar panels actually works most efficiently in colder temperatures. Optimum temperature for power production is around 43 degrees Fahrenheit but if it gets colder than that or excessively cold, that will not prevent panels from operating correctly because the panels convert sunlight into electricity no matter what the temperature is. 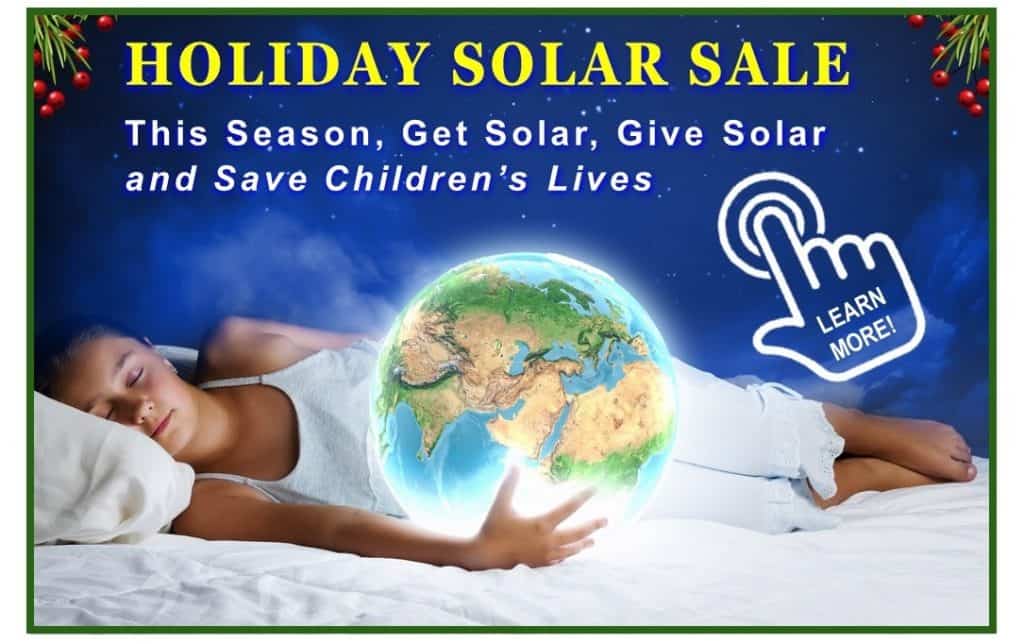 Cloudy winter days won’t hurt energy production much either because as long as the panels are clean of dust and dirt the light energy that powers the panels cuts through clouds. (Remember when your Mom made you wear suntan lotion even during cloudy days? She knew UV rays could still give you a sunburn.)

Every day, more homeowners are having solar systems installed, not only because they care about the environment, but because they know getting their electricity from our sun is the most cost-efficient way to power their homes in the winter and all year long.

If you are wondering if Solar could be right for you, Solar Energy World has some special Holiday offers going on right now including our PPA option where a homeowner pays nothing for solar panels and installation to lock in a lower energy rate that utility.

To find out if you qualify for solar power, please fill out the form below.