Why Doesn’t Every Homeowner Go Solar? Top 5 Reasons May Surprise You 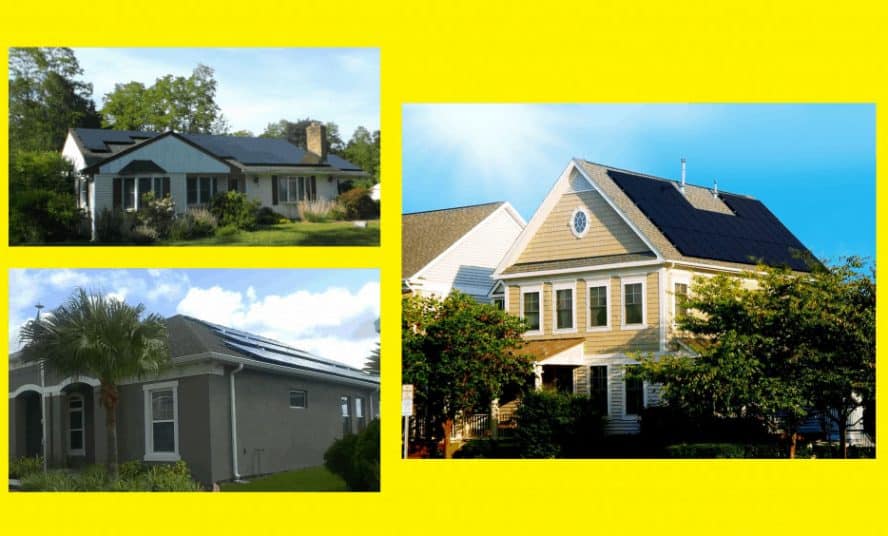 The truth is, not everyone qualifies for solar. For example, if you don’t have enough unshaded roof space or property to generate enough power to offset your electricity bills, then going solar wouldn’t be a smart thing to do. Fortunately for our environment and for our economy, there are millions of Americans who do qualify for solar and who already run their homes on sunshine. Millions more are planning to get a solar system installed this year.

However, there are also a lot of homeowners who could qualify for solar and all its benefits but have not taken the time to investigate going solar. Based on posts we see on Facebook and in other places, these are the top 5 reasons people who would otherwise qualify for solar decide it isn’t worth looking into.  We attempt to address these concerns and misperceptions below.

Not really. Some people have the idea that solar will cost too much so they don’t bother to get an estimate to find out if that’s true.  The fact is, going solar today doesn’t have to cost you anything. With a $0 Down Solar PPA (Power Purchase Agreement) or Solar Lease a solar company installs solar panels on your home or property for no charge so you can lock in an electricity rate that is lower than your utility’s rate. You end up paying 20-30% less for your electricity once your system is turned on.

Is paying $0 to save money on utility costs too expensive? We don’t think so.

Of course, a homeowner can choose to own their solar system instead. In that case there is not a zero cost for the panels, but they start earning income for you from the excess energy they produce, so the return on investment is phenomenal. Plus, you could end up paying nothing for your electricity. Many of our customers who own their solar systems now have zero electricity bills.  It’s typical for solar panel owners to save anywhere from 50-100% on utility costs after they install their panels. For more information on solar pricing, go here.

Some people have a bias against the appearance of solar panels. This can be overcome by making sure the solar panels you have installed are great-looking and are of the highest quality. There are many different styles of panels now, including all black that are very sleek looking.  It is also very important that the solar company you hire has engineers on board who can design a system that will not only work efficiently but also look great. Plus, it’s vital that your solar installers are credentialed and experienced.  This way, you won’t end up with shoddy-looking wiring for example. You can see pictures of some of the solar installations we have done here.

If you still think the sleek looking panels are unattractive, there isn’t much that can be said to change your mind, but here’s a question we would like you to consider; Would you rather have an ugly roof and a beautiful planet or a beautiful roof and an ugly planet?

This quote from one of our customers sums up why she believes her panels look beautiful. “I’m proud of our panels. Not only does having solar increase our property value, but it says to our neighbors we support energy independence and care about the environment we leave behind for our children and grandchildren.” In our opinion, nothing is prettier than caring about your kids’ future.

Common sense could tell you this is just plain wrong. If solar did not work, there would not be millions of homeowners running their homes on solar electricity.

Of course, as in any industry, there will always be unscrupulous players, but the solar industry in America is solid. You just need to make sure you are hiring a top-rated solar installer like us. We invite you to watch some of our customers’ video testimonials where they discuss how our solar systems are working for them. You can also learn more about our company and our values here.

This is a common misperception that has been intentionally shared and spread for years by fossil fuel industry leaders and politicians and pundits that are beholden to them.

In fact, the potential for residential and commercial solar to create green jobs locally and around the world is amazing.  Today the solar industry employs more workers than oil, gas and coal combined. Rather than relying on machines like the coal industry does, solar relies on labor.  The most recent census finds that the solar industry employs almost 375,000 people and that solar jobs are growing at over ten times the rate of the overall U.S. economy. These solar jobs include installation crews, salespeople, and corporate & administration positions.

In most states today, this is false. According to DSIRE (Database of State Incentives for Renewables & Efficiency): “HOAs are barred from restricting a homeowner’s right to install solar panels. States which have laws that override any HOA contracts seeking to deny the right to install solar PV systems include: Arizona, California, Colorado, Delaware, Florida, Maine, Maryland, Massachusetts, Nevada, New Jersey, North Carolina, Oregon, Vermont, Virginia, and Wisconsin.”

Want to know if going solar is right for you?

Receive your no-cost, customized solar estimate today. We promise it will be a worthwhile use of your time. Simply fill out the form below: