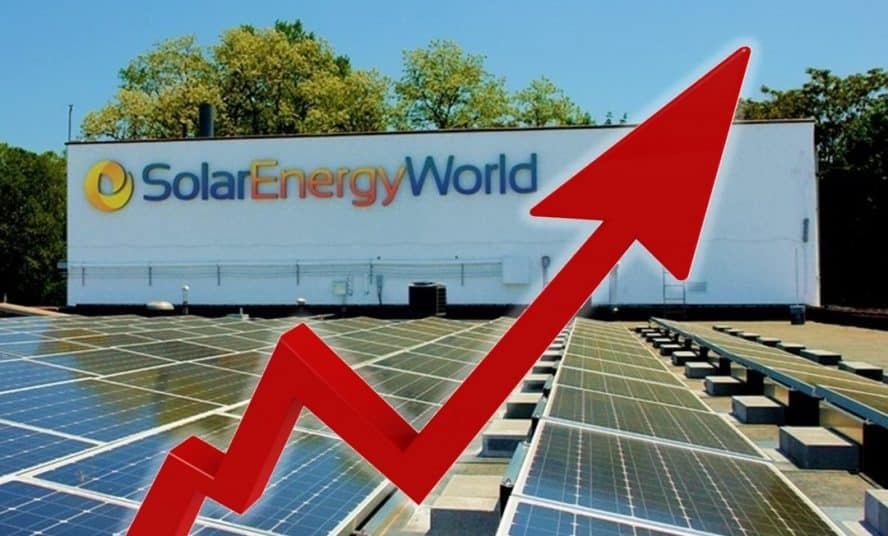 Solar Energy World, a regional solar installation company with offices in Maryland, New Jersey and Florida announced today that the company signed up 23% more customers in 2019 from the previous year and has achieved a 43% increase since 2016.

Solar Energy World’s CEO, Geoff Mirkin attributes this success to the company’s continued expansion into new states and the strength of their reputation. The company has been growing steadily since its founding in 2009 in Elkridge, MD.  They have held Solar Power World Magazine’s number one spot for residential installations in Maryland for three years in a row and now rank 15 out of 500 for residential solar installations across all North America. “We have been doing this for 10 years and are honored to now serve Maryland, DC, Virginia, New Jersey, Pennsylvania, and Florida,” states Solar Energy World CEO Geoff Mirkin.  “One of the biggest reasons we are growing so fast is that our customers receive such excellent service they refer more new customers to us every day.”

In 2017, Solar Energy World opened a second office in Southern New Jersey, later moving into a 12,000 square-foot warehouse in Pennsauken, New Jersey in January 2019.  In May 2019, the New Jersey office exceeded its projections and signed up 525 new customers in 18 months. The number of area sign-ups to date now exceeds 900.   “We are thrilled to be emerging as one of the most experienced and stable solar companies in the region,” states Vice President of Sales for New Jersey, Will MCColley.

In July 2019, Solar Energy World opened a third office in the Tampa Bay Area. The office serves Tampa Bay and Orlando area residents. Florida’s recent favorable energy policy changes sparked Solar Energy World’s expansion to the Sunshine State.  In April of this year, the Florida Public Service Commission (PSC) issued a declaratory statement that a fixed 20-year lease is now a legally allowable contract – and the person who leases is legally allowed to make use of net metering.

Ranking third in the US for solar potential, but only 14th in terms of rooftop solar installed, Solar Energy World has been investing in Florida’s clean energy future by educating residents on both the benefits and affordability of going solar.  “We are really looking forward to helping more homeowners run their homes on Florida’s abundant sunshine,” says Brent Cotton, Vice President of Sales for Solar Energy World’s Tampa Office. “On February 22, 2020 we will be holding our first free solar workshop and breakfast for homeowners in our area so they can learn all about solar.”

Solar Energy World customers are given a choice between Solar Energy World’s exclusive $0 Down RateGuardian™ PPA/Lease (Power Purchase Agreement), which typically saves homeowners 20-30% on electricity costs, and a solar loan if they prefer to purchase a system. Homeowners who purchase their systems can save up to 100% on electricity costs and earn profits from the excess energy their panels produce.  Either way, customers are guaranteed to save money on energy costs.

Solar Energy World (www.solarenergyworld.com) is committed to protecting the environment and promoting clean, renewable energy solutions for homeowners. Our products are guaranteed to operate efficiently and remain safe for the environment over their entire lifetime.